Radhe Shyam is a romantic drama set in Europe in the 1970s starring Prabhas and Pooja Hegde in prominent roles. It is directed by KK Radha Krishna Kumar with Bhushan Kumar as producer, forming part of the crew.

The first teaser for Prabhas’ upcoming film Radhe Shyam is out. It shows Prabhas as a man in love but not enough to put his life on line for it.
The teaser of Prabhas’s upcoming Telugu romantic drama Radhe Shyam was unveiled on Sunday on the occasion of Valentine’s Day. The film, going by the visuals, looks like an epic tale of romance but Prabhas says he’s no Romeo to die for his Juliet.

The teaser gives us a glimpse of Prabhas’s character and we see him calling out to lead female actor, Pooja Hegde. Towards the end of the teaser, Pooja asks Prabhas if he thinks of himself as Romeo. He says he’s no Romeo to die for his love. 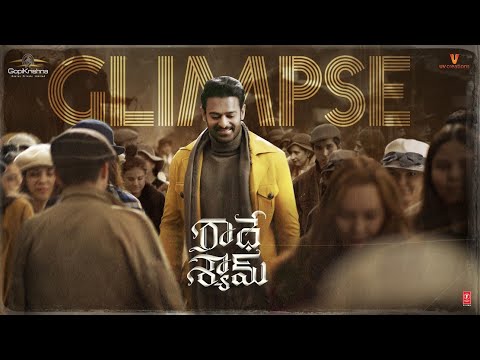